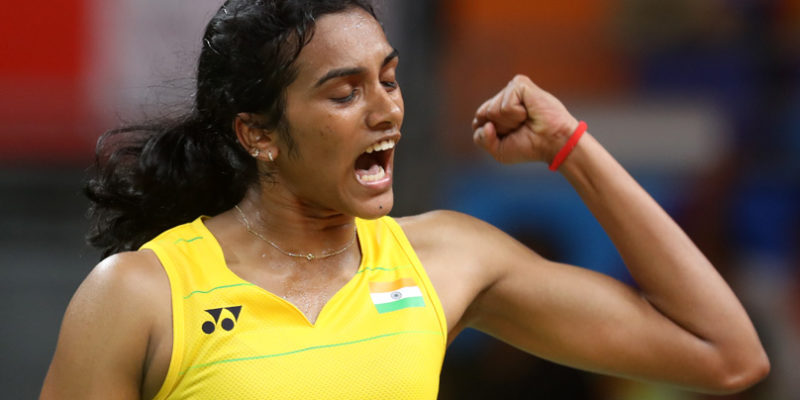 The Indian sensation reached a new milestone in her career last week when she broke into the world’s top five, jumping ahead of the likes of Ratchanok Intanon and rising star Akane Yamaguchi, both of whom are expected to be contenders at the Barclaycard Arena come Sunday 12 March.

And significantly, barring some startling results at the German Open, she will head into a YONEX All England week ahead of compatriot Saina Nehwal and also reigning champion Nozomi Okuhara, who will be making her season debut.

But it appears such a lofty position on the world standing does not faze Sindhu – she is only after one thing: to repeat the success of coach Pullela Gopichand and win the YONEX All England.

Speaking ahead of the sport’s most prestigious tournament, she said:  “I am not much bothered about the ranking at the moment. I believe I should move up gradually.

“So far ranking is concerned I feel my progress should be slow but steady. Now my target is to earn the number three ranking in the World.”

And the 21 year old, who opens her YONEX All England title challenge against Denmark’s Mette Poulsen, added: “I want to touch the achievement of Prakash (Padukone) and Gopichand Sir by winning All England Badminton championship.

“I have been training hard day and night to achieve the goal.”

She has thrown everything into her preparation as well, choosing to withdraw from India’s squad for the Asian Mixed Team championship earlier this month so not to disturb her ‘intensive preparation for the tournament’.

But  don’t be fooled. Sindhu well knows that a big success in Birmingham will propel her further up the world rankings and then her ranking will matter.

Se added: “Last year, I had earned success. Still my ranking did not get a lift. It means I have not yet been able to deliver my best in the international circuit.

So, I have set focus in this year that I will have to deliver at such a level which can steer me towards third in the world.”